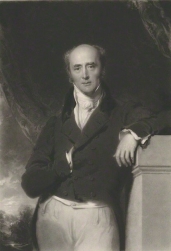 This is another tea from Alison, who also gave me The Tea Centre’s French Earl Grey.

The Tea Centre describes this as similar to Lady Grey: the ingredients include lemon peel, cornflowers, lemongrass, safflowers, calendula, and jasmine. And it’s a very pretty pile of leaves and flowers, in its dried form. Thanks to the petals, it smells quite flowery – perhaps even more so than the French Earl Grey, which I think is interesting. I didn’t pick up on particularly lemony notes, so it didn’t strike me as a very close relative to Lady Grey. 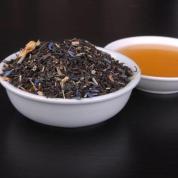 Steeped for three minutes, with a little sugar. The flowers were the dominant note here; as with the scent, it didn’t have much of a citrus tone for me, either of bergamot or of lemon, and therefore doesn’t quite hit the Earl Grey spot for me. It’s quite nice and drinkable, but it’s not going to be a favourite.

Tansy and I continue our discussion, this time moving on to food in books (both childhood classics and Tansy’s own stories), food in space, and food in history…

Part 1 of my interview with Tansy

I can’t find a link to where you might buy a dormouse for eating, so maybe it’s gone underground… 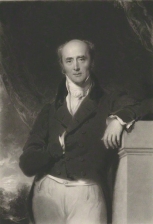 I was tagged on Twitter in a discussion about a chocolate mousse recipe that included Earl Grey tea, because unsurprisingly this is something I’m getting known for. The recipe itself is here, at Food52. Also unsurprising is the fact that I didn’t quite follow the instructions to the letter. First, I had no orange, so I decided to use French Earl Grey, on the basis that I have a lot and that it has a slightly more complex flavour, so the zest wouldn’t be missed. I also made half of the recipe, because it was just me home for the weekend. Perhaps more crucially – and I’m fully accepting blame here – where it calls for a blender, I used my food processor. Now, I don’t have a proper blender. It’s not something I’ve ever missed. I have a stick blender but I don’t think it would do the job required here any better than the food processor.

Using the food processor did mean a bit of splatter when blitzing the chocolate and the Earl Grey water. It wasn’t quite so bad when I added the egg white.

A number of the commenters on the site say they got ‘chocolate soup’. Mine wasn’t quite that bad but it certainly didn’t quite set as mousse-y as one might hope. I don’t know whether that’s the processor vs blender issue, or just the recipe not being great. It was tasty enough – I mean, I ate it; in fact I kinda ate both serves for one dessert… and I got the flavour of the French Earl Grey coming through, too; it wasn’t just chocolate. But I’m not in a hurry to use up chocolate for this recipe in future. 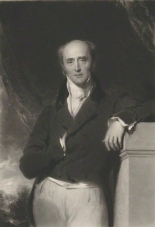 Another delightful example of friends getting into the swing of my Year of the Earl. This time, Liz of Squiddishly heard about it and offered to send me some of her beloved Akbar Earl Grey. She did warn me that the reactions of some people have been along the lines of “… are you really putting that liquid in your mouth?!” Thus, I was intrigued. And she sent the tea in a tin, too! So awesome! … even when she admitted it was more about placating her housemate…

Anyway. On opening the tin, I had to agree that yes, this has a VERY strong scent. It is super bergamot-y and anyone who was already suspicious of Earl Grey would be running away. In its defence, though, I think it’s still not as overpowering as the T2 version. 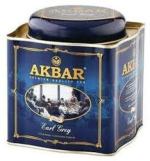 The tin itself recommends 4-6 minutes steeping, which I thought was a bit much, so I started with 3 minutes and a touch of sugar. The taste is, well, very Earl Grey. It’s not sweet – definitely more on the savoury side – and it’s actually not an overwhelming citrus taste either. The scent is more powerful than the taste, I think. It’s wonderfully drinkable and I’m super pleased to have some of this.

Given the recommendation on the tin, I thought I would see how the tea was with a longer steep. So next time, I went 4 minutes. Who knew that one minute could make such a difference? Oh, now I do: at 4 minutes I found this basically undrinkable because it was way too strong. Even for me.

In which Tansy and I discuss children’s birthday cakes and Tansy’s penchant for ignoring recipes. We went on to discuss other things, too, which you’ll hear in the sequel interview next week! 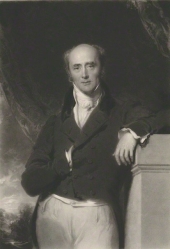 Another in the Tea Pigs line! Also, of course, from Alisa, as was their Earl Grey Strong. The Strong has a picture of a bull dog on the tag; the darjeeling has a picture of a dachshund, which is… more refined? or something? Not sure. They also add cornflowers – just for the appearance, I think.

Steeped for 3 minutes, as recommended. It’s always fun to see whole leaves unfolding in a bag as the tea steeps; this is one of the more interesting things I’ve learned about tea over the last few years. I’m still not sure if I can tell the difference in taste, though, I admit.

The dry leaves didn’t have a whole lot of scent, and it wasn’t particularly smelly when it 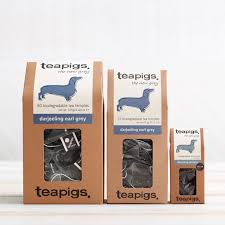 was brewed either. The taste is not hugely citrus-y, although it’s quite a nice tea – as apparently I should expect, it being real darjeeling. One of these days I guess I should learn about the tastes of different black teas. But probably not this year.

I added lemon, which is their recommended way of serving it; I don’t think I’ve ever had Earl Grey with lemon before, now that I think about it. And it was quite nice. I then added just a dash of sugar, which I think enhanced the citrus a bit. Again, quite a nice tea, although not going to be a favourite. 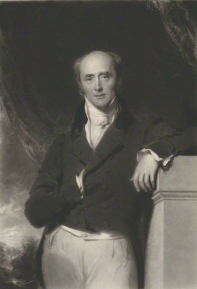 As with The Tea Makers of London, The Wiltshire Tea Company sent me some samples when I was in London last year. So cool!

The first I tried with their Earl Grey Blue Lady. This will be an Earl Grey sin to some, because it includes (gasp) cornflower, and mallow blossom too. This is not a problem for me as I quite like cornflower.

The recommended steeping time was 2-3 minutes, so I went with 2, to see what it was like.

I tried this a few hours after The Tea Makers’ Mary Grey, because I thought they would make an interesting contrast, and I was right. Blue Lady 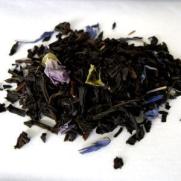 isn’t as strong as Mary Grey, and it’s certainly less citrus-y and a bit more flowery. Again, I initially tried with sugar, and preferred it with just a little bit of sugar to take a bit of bitterness off.

It’s a very pleasant Earl Grey, although it doesn’t especially stand out; it’s a great one for people who prefer their citrus a bit more on the subtle side. I’m going to be very happy to drink this a few more times but it’s not one I regret not being able to access easily. 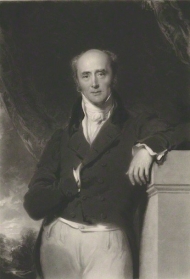 When I was in London last year, I took the opportunity to ask some English tea companies to send me samples. And, delightfully, some of them did! The first one I want to talk about is The Tea Makers of London’s Mary Grey Special.

They describe it as the ‘delicate’ version of Earl Grey. I thought I could see bits of orange peel in it, but I may have been wrong about that according to the ingredients list which says it has marigold flowers (so maybe that’s what I saw) and essential citrus oils.

The recommended amounts were 2tsp of tea and 4 minutes of steeping, so I followed their instructions.

It has a very citrus-y scent, which is unsurprising given the oils listed in the ingredients. The taste is also quite citrus-y – but not too much. It was slightly improved, to my taste, by the addition of sugar; I did decide to try this unsugared at first because of the citrus. I think the sugar took the edge off the slight bitterness which I don’t love.

This is quite a strong Earl Grey in flavour; it’s definitely not one for the Earl Grey doubters. It’s not overwhelming like the T2 Earl Grey – there’s no oiliness. Instead it’s exactly that lovely orange-y, not quite flowery, taste that I really enjoy about Earl Grey. I’m looking forward to drinking the rest of this sample, and wish that shipping from the UK wasn’t so painful…