In which I make a few new things, and I taste Melbourne Kit Kats together with Alisa!

Mexican tortilla ‘casserole’ (discussion of my version, and the disappointing cake) 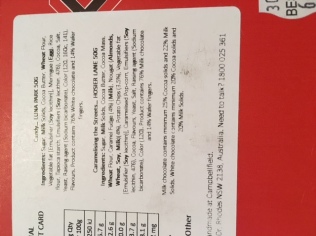 … because what can go wrong?

Look, as an Australian I am deeply confused about the naming of this dish. Casseroles are meant to be far more liquidy (although not soupy); although it does include tortillas I think the Mexican aspect is all about the tortillas and the corn, and the suggestion of corn and coriander.

ANYWAY, I made it… or a version of it at least. Instead of going the veg option I used rehydrated dehydrated bolognese (still had some left from camping shenanigans); I used silverbeet instead of spinach; I used wraps instead of, strictly speaking, tortillas. But the final result was HECK YES I will be making this again, and I may even follow the actual recipe next time.

So firstly I made this in a round tin because I don’t have any square tins… maybe I need to invest in one. ANYWAY I made it and the tin was a bit small I think because this ended up being a remarkably tall cake. I was very excited about the custard aspect and the apple aspect; I used apples that I’d stewed with cider vinegar ages ago and froze, and custard, man. Custard. In the end the cake itself was nice enough, being quite moist; but I didn’t feel it was either custard-y or apple-y enough. I would add more of each if I made this again.

I have very big issues with anything that’s advertised as ‘guilt free’ but salted caramel sesame cacao drew me in nonetheless. And the short version is yes, these are delicious and I really enjoyed them. However… perhaps it was because the only dates I had were not medjool, but there was no ‘processing until finely chopped’ – my dates didn’t get that fine. And I did not end up with a mixture that was at all smooth when I added the tahini and coconut oil; I ended up shaping the mixture into balls instead because I didn’t think that pressing it into a slice would work. I then also had problems dipping the balls into the coating (cacao powder, coconut oil and maple syrup). So they ended up looking pretty substandard, but darn they’re tasty.

Birthday cupcakes over the year.

The kimchi recipe Anne talks about: from Maangchi

Email me: acts of kitchen @ gmail dot com; leave  a review on iTunes to share the lurve!

OK so not all of those ingredients together but I’ll bet that recipe exists somewhere, because internet. Instead:

I have a  confession to make.

I’m not so good with the green leafies.

Rocket? Oh yes, my favourite salad leaf of all time.

Baby spinach? Sure, great in a salad. Baby spinach and strawberries and feta and balsamic!

Mature spinach? Um, sure. You can wilt it, right? Use it with lentils? … add it to breakfast if you have to?

But then there’s silverbeet. And kale. oh gahd, kale. These are not things I would buy for myself. But my Ceres box has contained them rather frequently. 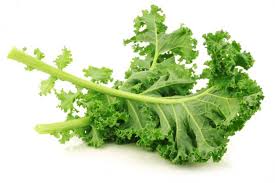 So, kale. Turns out kale is ok if you mix it with garlic and crispy potato. Thank you, Stephanie Alexander, for Elizabeth Schneider’s Baked Curly Kale with Potato, Olive and Garlic (this recipe is very similar), you have saved my kale from just being automatically given to the worms. Who would have loved it but I would have felt bad. Not exactly my choice of dish but perfectly fine when it just… turns up…

And silverbeet? Well, once you discover that it’s also called Swiss chard, it gets easier to find recipes. (Do not get me started on foods with more than one name. EGGPLANT AND ZUCCHINI I AM LOOKING AT YOU. AND YOU CORIANDER.) So my current Swiss chard has mostly become Ottolenghi’s Plenty: Swiss chard, chickpea and tamarind stew. And it was really quite good. I liked the tamarind; also I added some cured lemon paste mixed with some Greek yoghurt, which of course makes everything delicious.

I still don’t love these greens but at least I have things I can do with them now when they inevitably turn up in my Be Healthy box.

This book was sent to me by the publisher, Murdoch Books,

Elise Strachan has a website and a YouTube channel. She’s been sharing her cupcakes and baking in general with the world since 2011; this is her first book.

Some people, I’m guessing, won’t like this book because they’ll find its design too cluttered. I like it: I think it’s exuberant and joyful and lovely.

The book is divided into chapters designed around themes: celebration, Valentine’s, high tea, Halloween…. Each chapter has a huge decorated cake that’s intended to be a centrepiece; smaller baked goods and a couple of no-bake options; drinks; and DIY decorative elements. The back of the book has recipes for vanilla and chocolate cakes, mud cakes and cake pops, and a variety of icings and ganache; pretty much all of the cake options use these basics, with variations in the decoration.

I have to say that this is not the sort book that immediately appeals to me. While I love baking, I’m not much of a one for decorating – neither food nor house. My idea of preparing for a party involves tidying things up, and – maybe – putting flowers in a vase if there happen to be any in the garden. So the DIY options are really not my thing, with one exception: I am completely besotted with the idea of taking an old teacup and an old pretty plate and turning it into a cake stand. That is SO AWESOME and I will be haunting second hand shops to find the perfect pieces.

I know that each chapter is simply themed as a way of presenting different baked goods and options for decorating. But I’m a bit intimidated by seeing them all presented together, because I don’t think I will ever throw a themed party. And I’m very intimidated by the big cake! I honestly can’t ever imagine making a four- or five-tier cake – let alone decorating such. Some of the smaller things appeal, though.

I’ve made the Confetti Cupcakes – vanilla cupcakes with sprinkles in the middle – and they’re a good idea but the sprinkles I bought didn’t taste very nice. Sadly. Better were the chocolate mug brownies: they didn’t make very big brownies, which was completely fine because they were delightfully rich and not overwhelming.

I have every intention of making the white-chocolate ice cream bowls (using water balloons as a mould); cookie pots that involve choc biscuit ‘soil’ topped with a chocolate mousse and raspberries; and Strachan’s  variation on trifle looks delightful.  If I owned mini bundt cake tins I’d make her chocolate-filled ‘pumpkins’ in a heartbeat. And I will never, ever have the opportunity to make the Giant Peanut Butter Cup, but by golly I wish I did.

Finally, I like the opening of the book a lot. There’s a beautiful few pages laying out ‘tools of the trade’, styling essentials, and what to keep in the pantry. These insights are very useful for someone, like me, who has pretentions of awesomeness.