When a friend named their son Miles, someone sent them some Miles Tea – specifically, Earl Grey. Subsequently, I got sent some of the tea bags, because she knew about this mad project. I really have been able to try a range of tea!

So Miles Earl Grey comes in tea bags; I steeped one for 3 minutes and added 1/2 tsp of sugar.

Unfortunately, this is not my favourite Earl Grey. Although the taste is obviously not plain black tea, it’s not especially a citrus taste that comes through. I think this is the sort of Earl Grey that I might have liked before I started discovering the full-on citrus of something like Akbar and the possibilities of French Earl Grey. So, good for those who want something other than plain black, but not going on my list to re-order.

In which I announce that the podcast is going on hiatus, and Damian of the Piper St Food Co talks about how he came to be in the food business (he grew up in it then had a fascinating career learning about being a chef) and why he loves cooking so very much. 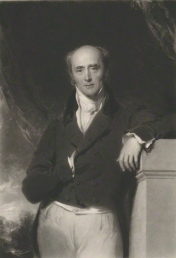 When we were staying in a delightful little guesthouse in NSW, our room had some tea bags from a company I’d not heard of. Naturally, I snaffled a couple of the Earl Grey to try. It’s Chamellia Earl Grey and it comes in those cute pyramid tea bags. It’s got cornflowers, in case that’s something you’re violently against.

The first teabag I steeped it for 4 minutes, as recommended, and added 1/2 tsp of sugar. I had it with breakfast aaaand I didn’t finish the cup: I found it a bit unpleasant, which was a

first! I can’t quite define it but it was partly in the aftertaste, which wasn’t very nice.

I figured it might be that this isn’t a tea that goes well with food (which does seem weird), so I tried it again by itself and with only 3 minutes of steeping. It was definitely better that way – and I know that it was unscientific to change two of the factors, but that’s what I did. Although it was better this is still not a fabulous Earl Grey. Would not bother again – and wouldn’t have it if it was offered at a restaurant or elsewhere, either.

I tried Cup of Tea’s Earl Grey a while back, and was underwhelmed. Sadly, the same is true for their Princess Grey, which I also received as a sample.

It’s described as “A blend of Darjeeling and Keemun with sparkling fresh bergamot” on the website. I am not a connoisseur of tea regions so I don’t know whether those are particularly high grade or not.

I did not get a strong scent from the leaves. I steeped them for 3 minutes and added 1/2 tsp of sugar. The resulting taste wasn’t particularly citrus-y, either; I guess it’s a “gentle earl grey” as the website also says, but it kinda just tasted like black tea. In fact, it almost tasted a bit like a green tea, which I thought was odd… it had that, hmm, grassy note that I associate with some greens.

In fairness, I have tried this tea a couple more times, because the first taste-test was with a slightly blocked nose. However, even with all olfactory senses, this still just tasted bland. So that’s a bit sad.

I bake a pie and Em talks about cooking for a large family.

Kappy’s Tea and Coffee Merchants sent me a couple of samples, which I was very excited about. The first I tried was their Earl of Oz, which I’m told contains Daintree grown black tea, Lemon Myrtle (bark and flower), Rosella and Cinnamon Myrtle, on top of the base Sri Lankan tea coated in bergamot oil. It’s become a favourite.

It has a strong citrus scent right out of the packet – I thought it might be lemongrass, but I guess it’s the lemon myrtle. It also smells a bit spicy, which was intriguing.

Steeped for 3 minutes, with 1/2 tsp sugar. When steeped it’s still quite citrus-y and spicy.

The taste I would describe as a bit zingy, which is the lemon I think. It’s utterly delightful and I can well imagine this one becoming a staple in my cupboard. I’ve taken it camping a few times and it’s fantastic first thing on a cold day!