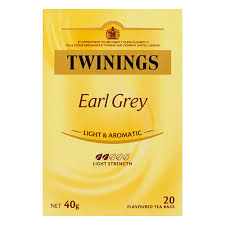 I grew up in Darwin – the tropics. I think this is a large part of the reason for my not being interested in hot drinks as a kid: I didn’t see the point. My parents, having lived in Adelaide their whole lives, still drank them; Mum was into coffee (it was the ’80s, so it was Nescafe), while Dad was into tea. In my memory, my house had two sorts of tea: Lipton’s black tea and Twinings Earl Grey. Now on the rare occasions that I had tea, I treated it almost like a cheat’s dessert. I would add milk, and two sugars (…heaped). Dad, however, drank the Earl Grey. I assumed that he was simply being snobbish, because I assumed Earl Grey was just a brand. And then one day – I don’t remember why, but I must have been in my mid-teens – I tried Earl Grey without milk.

And the world changed. There was something different… what was that taste? Was it orange?? I was never going back to plain black tea, for preference.

Despite the discovery that Earl Grey was about flavour, not just brand, I didn’t become a tea drinker overnight. I still didn’t really see the point, even when I moved to Melbourne and it was cold. Over time, though, I came to enjoy tea more. I discovered T2 and the idea of loose leaf tea; I discovered variations on the theme of Earl Grey, as well as other flavoured black teas. These days, I happily drink cup after cup of tea in holidays, and I even have some lovely tea pots and I knit tea cosies.

Which brings me to this year. 2018 is going to be my Year of the Earl. My plan is to taste many different Earl Grey teas: different brands and different variations on the theme. I’ll 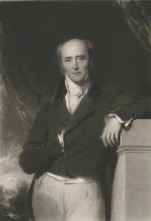 be sourcing lots of Australian teas, because they’re the easiest for me to source, but there will be a few international guests as well.

Things to note: I generally have sugar in my Earl Grey (1/2-1 tsp); I never, ever add milk; I am on board with the flowers being added.

I’m really excited to see what comes up over the year. If you have a favourite boutique tea, let me know in the comments, or send me an email! And if you have a favourite tea – English Breakfast, perhaps, or a green tea? – why not consider playing along? Tell me about it and I’ll feature your story here!

8 thoughts on “Year of the Earl”